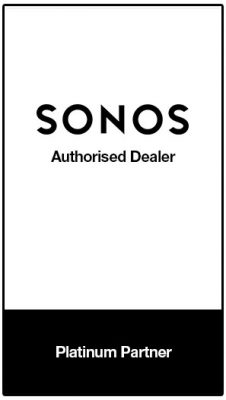 Thank you! Your message has been delivered and we'll get back to with an alert about special pricing. Make sure to check your SPAM or JUNK folder for our reply email.
SKU: 840136800194 Categories: Sonos, Sonos Home Theatre Tag: Sale

The wireless subwoofer for deep bass.

Hear and feel the difference when you connect Sub to your Sonos system.

Two force-cancelling drivers at the centre of Sub eliminate vibration and rattle so you get powerful bass without any distortion.

Made to be seen and heard

The award-winning and versatile design features a sculptural shape and high-gloss finish. Stand Sub upright or lay it on its side. 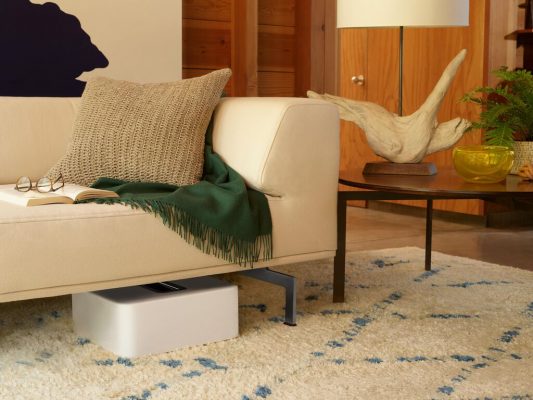 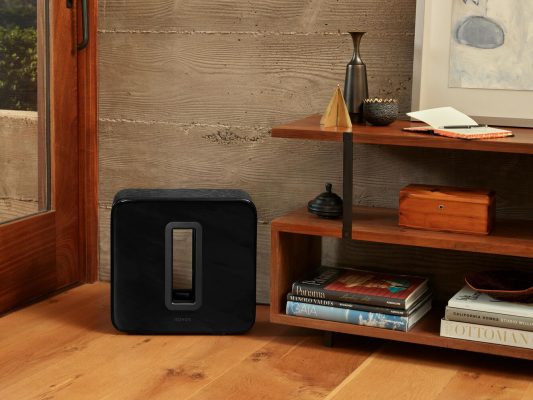 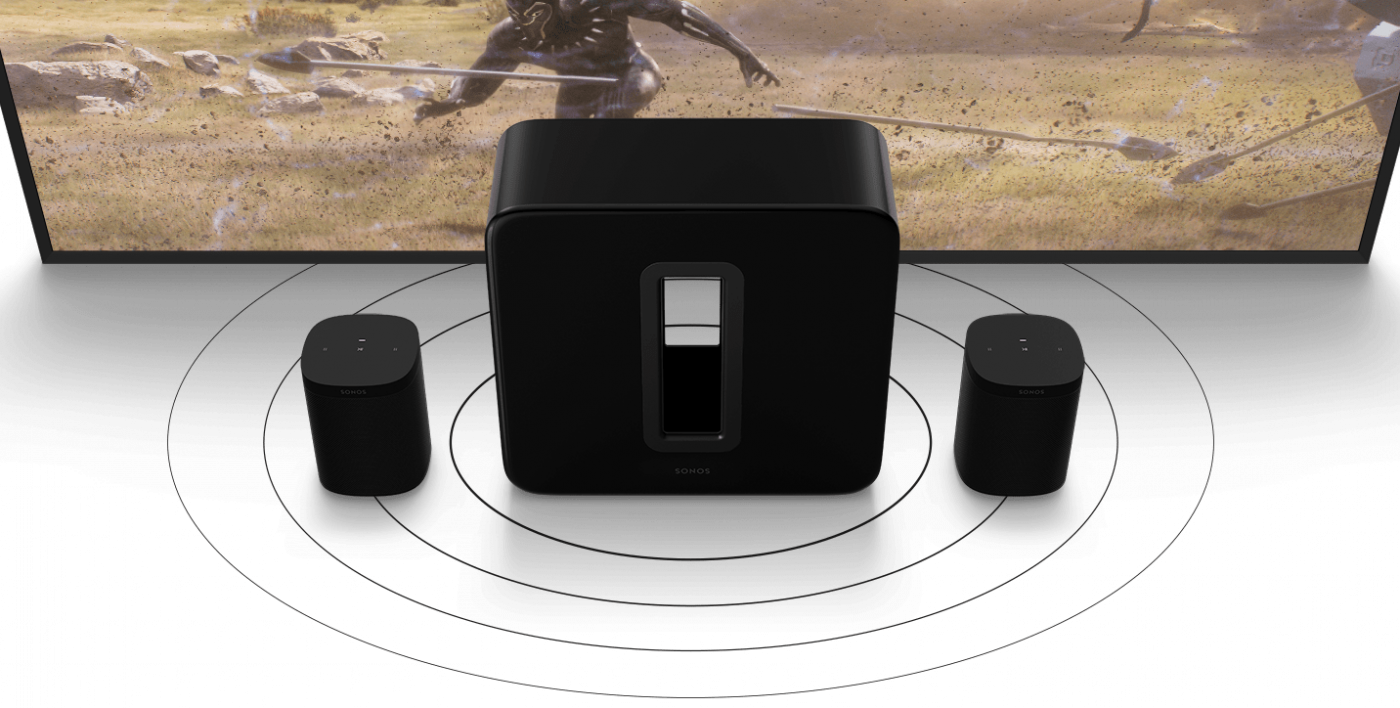 Sub takes over the lowest frequencies, enhancing the midrange playback from paired speakers so you experience fuller, more detailed sound.

Audio
Two Class-D digital amplifiers perfectly tuned to the acoustic architecture.
Two force-cancelling drivers face inwards for powerful bass without any cabinet buzz or rattle.
Dual acoustic ports precisely tuned to enhance performance.
Frequency response as low as 25 Hz.
Audio settings automatically equalise to balance Sub and the paired Sonos speaker(s) or component.
Trueplay™ software dynamically tunes to the unique acoustics of the room. iOS device required.
Adjustable EQ settings in the app.
Dimensions
Dimensions – H x W x D
389 x 402 x 158 mm
Finish
Black with gloss finish
White with gloss finish
Status LED
Indicates the power and connection status.
Join Button
Hold to set up and pair with your system.
Operating Temperature
0°C to 40°C
Storage Temperature
-20°C to 70°C
Weight
16 kg
Contents
Sub, Power Cable, QuickStart Guide, Legal & Warranty Information
Power & Networking
Power supply
Auto-switching 100-240 V, 50-60 Hz AC universal input.
Ethernet Port
1 10/100 Mbps ethernet port. Wire directly to your router if WiFi is unreliable.
WiFi
Connects to your home WiFi network with any 802.11b/g, 2.4 GHz broadcast-capable router.
Sonos S2
Download the latest generation of the app to set up and control.
CPU
Single Core
1 GHz
Memory
256 MB SDRAM
256 MB NAND Flash
FAQ
How is Sub (Gen 3) different from the previous generations?
Sub (Gen 3) features updated internal technology, including increased memory and a more powerful CPU, and finishes, including a new join button.
Does Sub (Gen 3) work with the Sonos S1 Controller?
No. Sub (Gen 3) is only compatible with the new Sonos app. Find more information here.
What is a wireless subwoofer?
A wireless subwoofer connects to other speakers over your WiFi network. Sub does not have a battery and therefore requires AC power.
Can I hardwire Sub to my soundbar or speaker?
No. You must connect Sub to other Sonos speakers and components via WiFi.
Do I need Sub to create a 5.1 surround sound?
Yes. Sub is the “.1” element of the 5.1 system that takes over all low frequency sound.
Do I have to set Sub up at the same time as my other speakers?
No. The Sonos sound system is designed to be modular. You can add Sub at any time.
Can I connect Sub to a third-party soundbar?
No. Sub will only connect to Sonos home cinema.
Can I use Sub with my passive or wired speakers?
If you power your speakers with Amp, you will be able to connect Sub as part of your Sonos sound system.
Does laying Sub on its side affect the sound quality?
Lower frequencies are omnidirectional, so Sub’s orientation does not affect or alter the sound. This means the direction or orientation of the speaker does not significantly affect the sound. However, if the Sub is placed in a too-confined space it could affect the dispersion of the sound. Trial and error is always an option.
I have Sonos speakers in various rooms of my home. Will placing Sub in the centre of my home improve the bass of my entire sound system?
Sub pairs with speakers in a particular room. For example, you could pair Sub with two Play:5 speakers in your bedroom or connect it to Beam to create a 3.1 home cinema system in your living room. Walls create a natural barrier to sound dispersion, so pairing Sub with speakers in other rooms would result in imbalanced sound, with lower frequencies playing in one part of your home and higher frequencies in another. 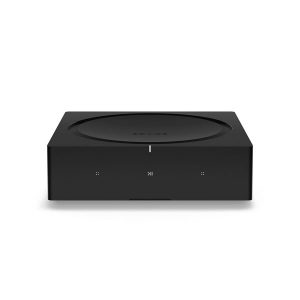 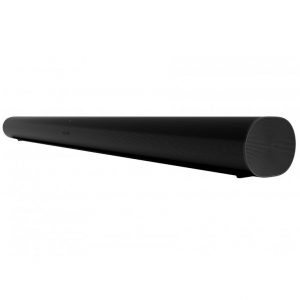 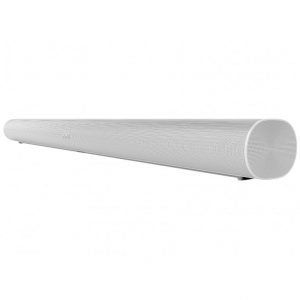 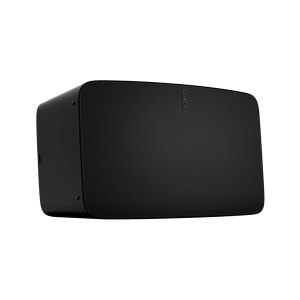 Why shop with us?

What separates us from the brands we sell?
At Premium Sound we look for - and stand by - the quality of the products we stock and believe that service is at the heart of the shopping experience.

We've ensured that everything sent through this site is private and protected. Payment options like PayPal and 3D Secure provide extra protection for online payments.

Stay in touch and let us help with any further information or troubleshooting that you may require. As a bricks and mortar retail location, we have hands-on experience with all the products we sell.

We are a small, dedicated team working together to ensure that we offer our customers the best experience and service.

It is important for us to consider our ethical responsibility and environmental footprint when offering and online shopping experience. Therefore, all packaging for small to medium sized items is 100% recyclable and reusable.

For over 50 years Premium Sound has existed in many forms, changing and adapting, always with the needs of the customer in mind.

We stand by our promises of impeccable customer service, offering the best quality products in the market and a showroom experience based on spending time and freedom of choice.

Great sound and great cinematic sound experience for home entertainment to complete it with your Sonos Arc sound bar. Can totally feel the immersive sound by Dolby Atmos

Loving the extra low end that the Sonos sub brings to our stereo pair of Sonos One + One SL. Crisp, clear high frequencies from the Ones are complemented by the sub's subtle yet always present low end. Loving it!

A warning from my experience: once you get a Sonos soundbar you’ll spend every single evening wondering what life would be like if you get Surrounds and a Sub. It eats away at you until you do it. Sonos choosing to sell each part separately is ingenious. Few people would pay the full amount at once. You’ll never justify it. But piece by piece? Inevitable.

But Sonos market Sub to its existing customers in another slightly more insidious way. They seem to have designed Arc so that that it still attempts to produce low frequencies that it is physically incapable of, resulting in a muffled POP sound. This could have been solved by omitting those frequencies, or moving them inside the range that’s achievable, but they chose not to. These moments in films and television where it bottoms out will eventually gnaw at you to the point of reaching—teeth clenched—for your wallet.

So let’s be real with the value proposition. Going from TV speakers to Arc: WOW, of course it’s going to blow your mind. But what about then adding on Surrounds? Okay, maybe half of the wow factor you felt before. And Sub? Probably no wow factor at all to be honest. Just perfect competence. Does the job. Does it well. Am I thrilled to be rid of those muffled pop sounds? You betcha.

Pros:
These three points relate to its ability to be hidden, which I love:
- Completely wireless aside from its power cable.
- Because it’s sold separately it’s possible to buy black even if you own a white system, so it doesn’t stand out too much.
- Can sit vertically or on its side, making it possible to slide under some couches for example. Note: feet for the side must be requested directly from Sonos, according to the manual. They’re not included.

More pros:
- The app is fantastic, as you’ll know if you’re already a customer. It pairs Sub quickly and easily, and invites a quick retune of the system for the space it’s in.
- It can be turned off! If you’re in a situation where you’d prefer to reduce powerful rumbling and return to the bass provided by the soundbar you can turn Sub down in volume or off completely in the app without touching the unit itself.
- Force cancelling drivers minimise vibration. Even on a hardwood floor there should be minimal rattle/shake.
- It is beautiful. Polished like a piano, splendidly packaged, cleaning cloth included.

Cons/wrap-up:
Okay so it is expensive, but like a producer of any good product or service Sonos know their value. Just be prepared for the improvement it makes to your viewing to not necessarily equate to the price in the same way that Arc or Surrounds do.